‘The Block’ – Transforming ‘The Gatwick’ Into High-End St Kilda Apartments

Channel Nine confirmed that it had purchased The Gatwick hotel in March 2017. However, it wasn’t until July 2017 that it became clear that the purchase price was close to $10 million dollars.

As one of Melbourne’s top Buyers and Vendors Advocates, we can’t help but try and work out how much money will be invested in the refurbishment of the apartments. We also can’t resist speculating the price they may fetch when they go to auction in October/November 2018.

So let’s start at the start – Channel 9 applied for a planning permit in June 2017. The application outlined the following plans for the redevelopment of ‘The Gatwick’:

The application was successful and the planning permit was issued in October 2017.

Work commenced shortly after in December 2017. The scale of the work surprised many, with a team of over 10 men working full time on the project for the next 5 months. Scaffolding was constructed around the building and a very large crane was on site for most of this period. [Unkown to us at the time, the filming of The Block series took place over this time.]

It’s difficult to estimate the cost of this redevelopment. However, we reason that a price tag of $8 million is not unreasonable. [Episode 1 of The Block shows the extent of this rebuild (shown in the picture below).] 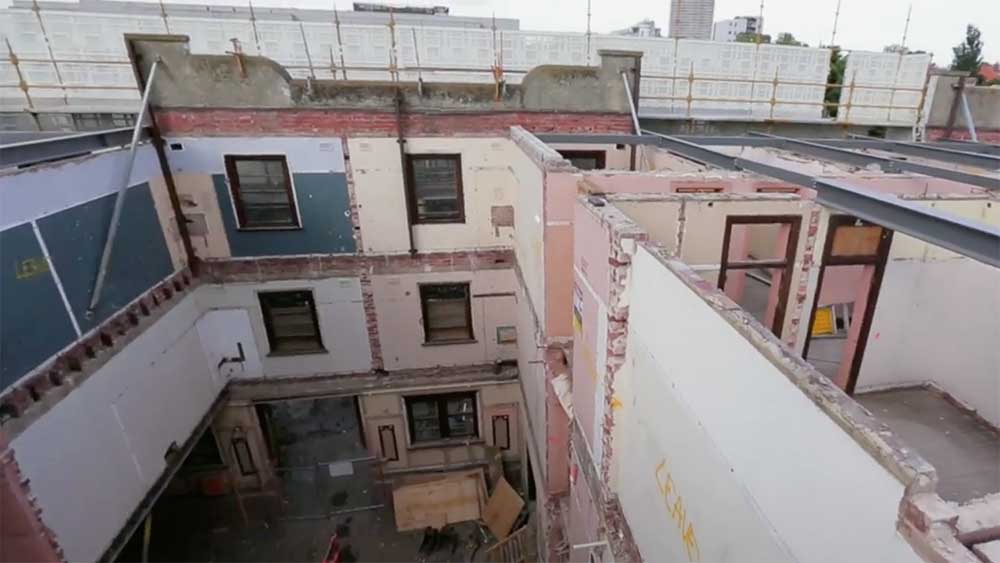 Gatwick and The Block Rebuild

That’s a total cost of $18 million. That would mean that each of the 8 apartments would need to average $2.25 million in order for Channel Nine to recoup their costs. [Episode 1 reveals that there are just 5 apartments. It is not clear at this stage what will happen with the whole bottom level of the Gatwick and half of the second floor. See the diagram below.]

And before you get upset with us, we know that ‘The Block’ is a hugely popular TV series and that Channel Nine will be making significant sums of money in advertising and other marketing spin-offs. Yes, we know it’s part of a reality TV show. We’re just having a little bit of fun with this so please throw us a bone.

We’re now going to put our Buyers Advocate hat on for a few minutes and assess if this $2.25 million price tag is achievable.

Our research reveals that the highest ever sale price for an apartment on ‘The Block’ was the winner of the 2016 Port Melbourne soap factory series which sold for $2.6 million. On this result, we think the upcoming ‘Gatwick’ series will be a huge success. St Kilda is a wonderful place to live and we predict the $2.25 million price average will be eclipsed.

We can’t wait for the show to begin. It promises to be entertaining and should put a light under all property in the St Kilda region as Channel Nine reintroduces us all to the fascinating bayside suburb of St Kilda.